NZART is an association of individual members, however those members are encouraged to get together and form local Branches which are associated with NZART.

The NZART Council is the elected executive group charged with managing the affairs of the organisation.

For the purposes of election of the executive council and other voting the country is split into four geographical districts, based on the old Post Office districts which were used for the allocation of call signs: 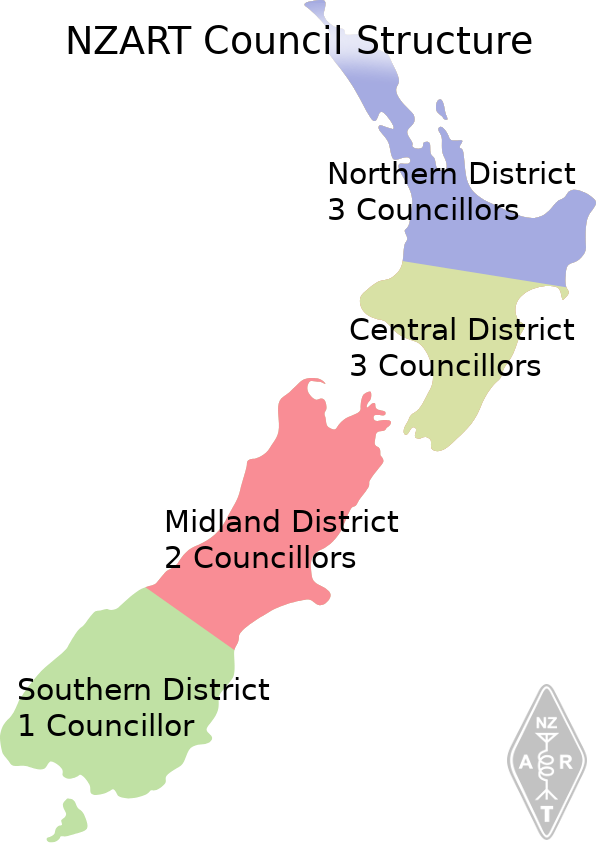 The business of NZART is entrusted to an elected President, and an elected Executive Council.

The Executive Council is made up of:

Along side the President and Councillors a number of Volunteers fill 'Officers' roles to manage various parts of the NZART functions.  You can find a list of Officers on the contact pages.

The links below is the presentation delivered at the Napier 2021 NZART AGM on possible changes to the makeup of NZART Council. This is a discussion document for clubs/branches.