Break-In is the official journal of NZART and is published as a bi-monthly magazine. 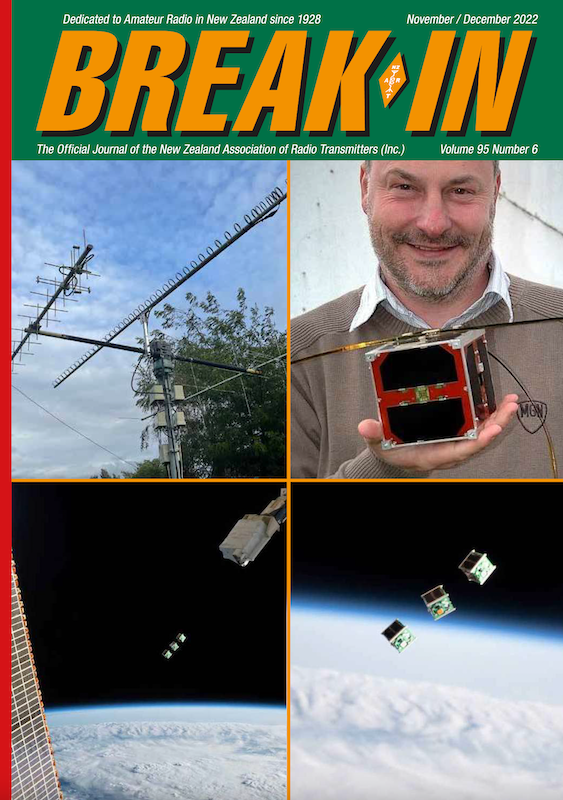 Break-In for November-December 2022.
THIS MONTHS COVER: Clockwise from top left. Selwyn Cathcart ZL2BJO's satellite setup (credit ZL2BJO). Mike Rupprecht DK3WN holding a CubeSat. Three CubeSats being launched from the ISS. The three CubeSats moving away from the ISS. (The last three photographs were supplied by Alan ZL2BX).
Features in this issue are:

A total of six issues a year are produced, with the first January/February distributed within the first week of February, and so on.

The close off dates for articles/advertising are:

Each issue normally contains Technical and General articles of interest to amateur radio operators. Sometimes the articles are of a more general nature with some flavour of radio mixed into the article somewhere!

In addition, each issue contains a number of columns from various authors covering activities from AREC, DX, Satellites, QSL Bureau and more. 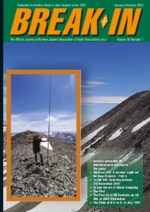 As the official journal Break-In contains information about the association, important news and announcements, AGM news and Remits plus the Annual Accounts. As magazine it has a wealth of information with many members having copies going back to the very first issue produced in January 1928!

You can contact the Editor via email to <editor@nzart.org.nz>