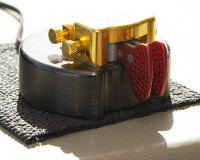 Morse code, or "CW" as it's referred to in the Amateur Radio world has been a part of communications systems since the mid 1800's and continues to be a very effective method of communicating using minimal radio equipment in the 21st century.

There is a good article on Wikipedia about the history of Morse Code and it's worth a read.

While there is no longer a requirement to learn CW to obtain your Amateur license many Amateurs still take on the challenge of learning Morse Code and NZART can still provide a test for those interested.

It’s far better to learn the Morse symbols by sound, and not sight! It's not a good idea to memorise a written table. Get an experienced Morse operator to send characters to you or listen to code on the air or from a computer and say each symbol after it’s heard. You want to recognise the symbols by their sound.

The ideal method to learn Morse is by use of a computer. Morse code training programs are available –– see the links on this page.

Learn numbers and letters at the same time–if learned later, they take a long while to become as familiar as the letters. Learn each symbol at a speed of about 12 – 14 words per minute (WPM), with long gaps between symbols. The gaps will close as you advance. When you have learned the symbols you can practice them at varying speeds.

Copying random, 5 character groups is good for reinforcing the characters in your mind and finding those that trip you up, but don’t practice only with these. Move on to plain language once you have attained reasonable proficiency.

Make Morse a part of your daily life. When you walk down the street translate signs into morse, and sound them under your breath. At home, translate newspaper text into morse the same way.

Always keep yourself stretched out in your receiving practice. When you get to about 90 percent accuracy at one speed move up a little faster until you can manage accurately at about 6 or 7 WPM for the 5 WPM test or 15 words per minute for the 12 WPM International Requirements. You now have good buffer for the test.

Most people find it easier to print rather than write at first. Avoid anticipating what is coming next. Many mistakes are made during the test by those who wrongly anticipate the following character or word.

Finally, remember that Morse operators have their own international CW abbreviations which allow you to communicate easily with those in foreign countries. All CW hams know the basic English words for a good contact and you won’t have accent problems with Morse.
Notes on Morse Testing Procedures and Requirements